Alexandre Dufresne was on CTV news yesterday evening to do 3 interviews about the Quebec Budget.  He was asked about the $500 cheques, which he refers to as “political candy”.  He knew his kids would enjoy the candy reference, but so did the network as it became the title of their article: A lot of political candy': Experts, unions weigh in on Quebec's pre-election budget.

'A lot of political candy': Experts, unions weigh in on Quebec's pre-election budget

Perhaps the most attractive part of the budget for Quebecers is the promise of a one-time payment of $500 to all adults who make $100,000 per year or less to help offset the impact of inflation.

But as Alexandre Dufresne says, the government has missed the mark on fixing the problem with rising costs for Quebecers.

"I think that's a lot of political candy and I'm sure that the 6.4 million people receiving those cheques will be happy and I'm guessing the CAQ thinks that will translate into votes, but if your goal is to solve inflation, that does not do anything to [solve it]," said Dufresne, a tax specialist with Spiegel Sohmer, in an interview with CTV News.

"On the contrary, you're probably creating more inflation because as you inject more money in the economy, that tends to trigger your inflation. They don't address the problem, they're using their economic leeway to increase short-term consumption, but that will have very little lasting impact, in my opinion."

Other than the $500 one-time payment, the budget — released six months before the provincial election — offers very little for the middle-class voter in terms of incentives for seniors or small businesses hit hard by the pandemic, according to Dufresne. 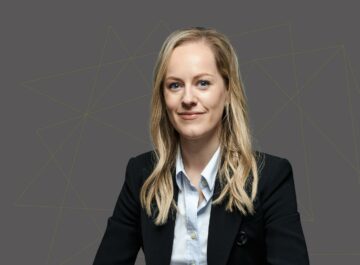 Charlotte Oger-Chambonnet, a family law attorney at Spiegel Sohmer featured in the second edition of Best Lawyers: Ones to Watch in Canada

THE 2022 COURSE AUX STAGES WAS A SUCCESS: PRESENTATION OF THE NEW CROP OF STUDENTS AND STAGIAIRES AT SPIEGEL SOHMER