Ideas Employer So, You Want to Quit Your Job? Beware the Pitfalls!

So, You Want to Quit Your Job? Beware the Pitfalls!

The idea that employees cannot be fired without a serious reason, without being given a fair and reasonable notice, (where the employment is for an indefinite term), is widely known. For example, one often hears things like: where an employer wants to fire an employee without a serious reason, the employee should be paid an indemnity equivalent to one month of salary for every year of service. Of course, this is not a rule of law, but rather a rule of thumb which sometimes works and sometimes does not.

Less well-known is the corollary: An employee, even a non-executive, who wants to leave his job has to provide his employer with reasonable notice he is quitting or may be liable to pay the employer damages!

The Quebec Court of Appeal was recently called upon to review the law regarding this issue in the case of Pharmacie Jean-Sebastien Blais Inc. et al v. Pharmacie Eric Bergeron and Jacques Lacombe et al 2018 QCCA 1895.

The facts were relatively simple. Blais and Bergeron operated competing pharmacies in Shawinigan, Quebec. Lacombe was an employee who immediately before quitting had worked at Blais for 40 years, including as a lab technician. Lacombe thus developed a close relationship with the Blais clientele. Lacombe resigned from his job with Blais on August 14, 2012 and began working for Bergeron about one week later on August 20, 2012. This was followed by a migration of Blais clients to Bergeron, supposedly connected to the fact that Lacombe had changed jobs and solicited the clients.

Blais sued both Lacombe and his new employer for damages for loss of profit arising out of the loss of clientele and the cost of the new measures Blais claimed he had to put in place to try to conserve and win back the clients who had left.

The Court of Appeal analyzed the situation as follows:

Lacombe owed his employer Blais a duty of loyalty and honesty. Practically, this meant that during the term of the employment, the employee must not harm the employer, must put the employer’s interest before his own, must not be in a conflict of interest, must act honestly and may not divert the employer’s clientele to earn a profit at the employer’s expense;

So the lesson to be learned is this: If you are an employee and you want to leave your job, think long and think twice about doing so with providing your employer with reasonable notice.

This publication is of a general nature, is as of the date indicated and is not intended to constitute an opinion or legal advice.  The facts and circumstances of your particular situation should be specifically identified and addressed before appropriate legal advice may be given. 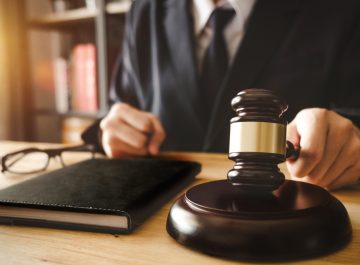 Constructive dismissal without reasonable notice and the crystallization of benefits during the notice period. Employers beware!!