Rights of a Beneficiary and Trustees under a Discretionary Trust

The case of Québec (Curateur public) v. A.N. (Succession de) 2014 QCCS 616 contains an extremely interesting analysis of the rights of a beneficiary under a discretionary trust and is also quite instructive regarding the powers of trustees of such a trust.

Briefly the facts were that the deceased had created a trust by will. The trust provided that the trustees in their sole discretion were to provide out of the revenue of the trust and from the capital if necessary, such sums as they deemed necessary for any additional maintenance of the beneficiary  (who was the son of the deceased) during his lifetime, including additional provision for education, medical care, residence, companion and such other expenses as the trustees deemed reasonable. The capital beneficiaries were the brothers, nephews and nieces of the testator.

This argument was rejected by Justice Gerard Dugré of the Superior Court of Quebec.

As a matter of fact, the Judge found that the intention of the testator was clear: She wanted the trustees to provide support for the beneficiary for any “additional maintenance” of the beneficiary, which the judge understood, meant  maintenance over and above what social welfare provided.

In short, explained the Judge, the right of any beneficiary is better understood as a “potential” right.

Secondly, because the general principle is freedom of willing, the testator is perfectly free to create a trust imposing such conditions as he or she thinks appropriate to insure the financial well-being of the beneficiary.

In other words, discretionary powers are not contrary to public order.

For his part, the trustee must exercise discretionary powers with prudence and diligence in the best interest of the beneficiary, bearing in mind the objectives of the trust. If the trustee respects this obligation, the beneficiary has no right to complain and certainly cannot sue the trustee.

In particular, a settlor of a trust can even confer on a trustee the power to appoint the beneficiaries, according to article 1282, CCQ.

The Civil Code follows up that rule with the principle that the person who has the power to appoint beneficiaries (including the trustees) can exercise that power “as he sees fit”, (article 1283, CCQ), but not for his own benefit.

The doctrine has added that this apparent total discretion is only subject to one limitation, namely that the powers must not be exercised arbitrarily, but rather in accordance with the terms of the trust.

Finally, the Judge was of the view that a proper interpretation of the trust was that the rights of the beneficiary were essentially “contingent” beneficial rights and not a “financial resource” per se.

While every case turns on its facts, this case upholds the principle that, in general, beneficiaries cannot impose on trustees their own vision of what discretionary payments are fair or appropriate, where the constating instrument provides discretionary powers to the trustees and that this general rule holds unless it can be demonstrated that the trustees have acted arbitrarily without any regard whatsoever to the trust document. 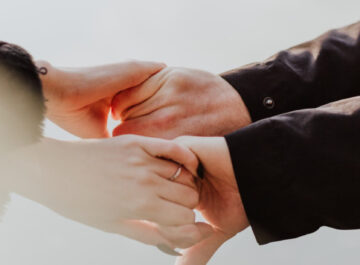