Ideas Business Law Have I Been Fired?

Have I Been Fired?

Administrative Suspensions and Constructive Dismissal, or HAVE I BEEN FIRED?

On March 6, 2015, the Supreme Court of Canada released reasons for judgment in Potter v. New Brunswick Legal Aid Commission (2015 SCC 10) which dealt with the notion of constructive dismissal in the case where a non-unionized employee had been suspended after the relationship between the parties had deteriorated.

Here is what the Supreme Court of Canada had to say, in terms of the applicable legal analysis and the all-important burden of proof:

It is also worth noting that in the Potter case, it was clear that his suspension was not motivated by economic reasons such as a shortage of work. Nor was he suspended for disciplinary reasons. The evidence appeared to show that Mr. Potter was suspended for an indefinite duration pending the outcome of negotiations to pay him a severance package.

Of course, every instance of constructive dismissal is highly-fact driven but some simple truths can be derived from the Potter case.

For example, written employment contracts should include language dealing with an employer’s right to impose administrative suspensions. Before a suspension is imposed, an employer should analyze if there exists a reasonable justification for doing so. The suspension, if justified, should have a term.

From the suspended employee’s perspective, it is insufficient to claim that a suspension in and of itself amounts to a constructive dismissal. It may, or may not, especially where the employer had a legitimate reason for the suspension (that is, a sufficient business interest) and the suspension is for a limited period or otherwise minimally impacts the employee.

In conclusion, the Potter case establishes a new framework and paradigm for analyzing employer-employee relations where a “suspension” as opposed to a dismissal is imposed by an employer and all persons who are confronted with this type of situation have to make a careful legal analysis before stepping on a potential legal landmine. 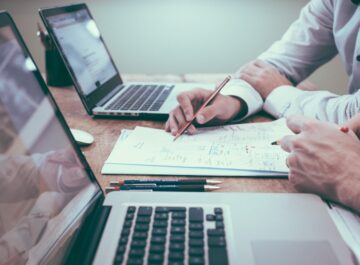