Please see at this link my article recently published worldwide in the STEP Journal of October 2022, referring to a new rule passed by Parliament in June 2022 that will allow Canadian registered charities to give monies and resources to non-charity recipients (located in Canada or anywhere else, and including Canadian non-profit organizations commonly referred to as NPOs), so long as the funds are used (for example by the recipient of the funds) in activities that further a charitable purpose of the Canadian charity that gave the monies.   The Canadian charity will also have to ensure that the just mentioned criteria are met and will have to maintain sufficient documentation to show that.   Simply stated, this is known as the new rule concerning qualifying disbursements for charities (and sometimes referred to as the new charitable partnerships rule), and it seems easier to comply with than the existing “direction and control” rule.   (That existing rule continues to exist, so either rule can be used.)

Of course, the devil is in the details, and the Canada Revenue Agency (the regulator of charities) will at some point soon likely issue a guidance document to add details to the Canadian charity’s obligation to ensure compliance with the new rule.   However, some charities are already using the new rule given its apparently easier compliance burden.

Charities making grants to other charities/qualified doners can continue to do so, unaffected by the new rule.

Feel free to be in touch if additional information is needed on charity/non-profit/donation matters, including the above general review on this new Federal law that applies nationwide.   Quebec appears to have indicated in early June 2022 that it will also apply the new rule for its tax system.   (Note that specific advice is needed before using these rules.) 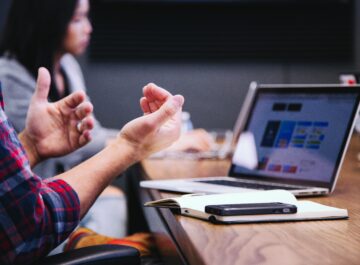